💦 Water Emoji: Splashing a Few Droplets of Water 💧 Without the Wetness 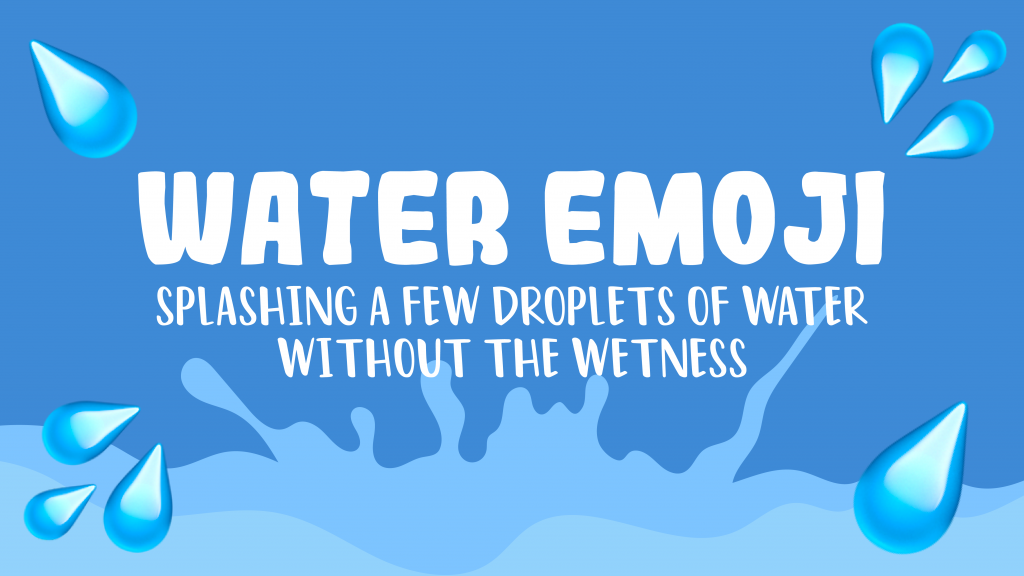 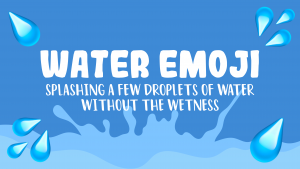 Water plays an important role in the lives of humans, animals, and almost all living beings. Humans cannot survive without water for more than 5-6 days. People can also suffer or die from dehydration after about 3 days without water. Those who claim to hate plain water survive by drinking liquids that contain it. As an essential liquid, it’s understandable why platforms eventually developed the 💦  Water emoji depicting its multiple uses.

People may confuse between the various water emojis, due to their similar appearance. Sweat comes from different glands in our bodies. Eccrine glands perspire the watery sweat that contains water, salt, protein, urea, and ammonia. They’re mainly located on the palms, soles, forehead, and armpit. Most glands release sweat to cool down our bodies and maintain control over our body temperature. Because of this, we often feel drained after spending a day under a hot sun. Our bodies go into overdrive to keep up from passing out from the heat. Despite the two liquids’ differences, we still use the emoji to represent both water and sweat.

The 💦 Sweat Droplets emoji is a beloved variant of the water emoji. We also call it the 💦 Water Droplets emoji due to its versatile use. Depending on your platform, the water emoji mainly appears with three slanted droplets. It also displays different or similar shades of blue. Water and sweat appear nearly transparent in real life. Because of this, designers opted to use the color we commonly associate with water.

Water emoji designs finally became an option for emoji keyboard users in 2010. We then proceeded to use it to start a conversation revolving around exercise, plants, beverages, and sensual topics. Developers associated dubbed the sweat droplets emoji with a specific use in mind. However, its official name didn’t stop users from using it to describe other things apart from sweat. Some people pair it with the 💧 Droplet Emoji to stress whatever liquid they’re talking about.

In reality, water appears nearly transparent in almost any state. Unbeknownst to many, the universal solvent displays small hints of blue that you can see when contained. Because of this, water in bottles or most large bodies of water appear in deep-blue shades. We make use of the several properties of water every day. Some of the water’s common daily uses include washing, cleaning, bathing, and drinking.

We depend on water to live healthy and long lives. This includes the need of consuming at least 8 glasses of water every day. Throughout history, ancient civilizations established communities and towns once they found clean water sources. They mostly relied on groundwater sources like springs. Some would build wells and boil the water to make it safe for drinking. These methods eventually evolved to become accessible to more people today. Because of this, it’s natural for emoji developers to come up with an icon representing the universal solvent.

Design of the Water Emoji Across Different Platforms

All major platforms designed the beloved water emoji with three unique droplets. Most used different shades of blue and detailing while others stick to one color. You can easily find it on your mobile platform by searching water or sweat droplets. Sometimes, other people use the single droplet emoji to differentiate water from sweat.

Window’s water emoji stands out from all other platforms due to its overall design. Like most of its icons, the animated liquid is emphasized with defined black detailing. Contrary to other variations, Window’s version showcases three distinct shades of blue. It may not be obvious from afar but all three droplets come in different shades.

The water emoji versions from Apple, Samsung, JoyPixels, and Facebook used detailing that make the droplets appear shiny. The three droplets from Apple and JoyPixels feature lighter shades of Blue. Meanwhile, Samsung’s and Facebook’s respective water icons look darker than others due to their chosen shades of blue.

Conversing with the Water Emoji 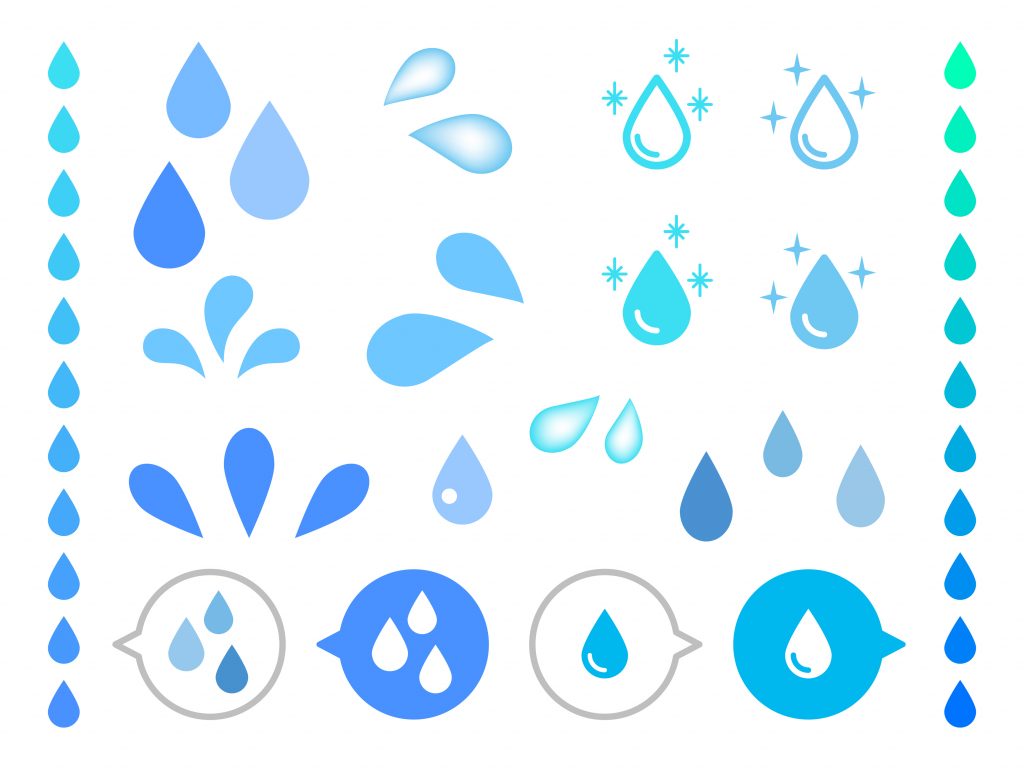 We usually associate the sweat droplets emoji with sexual messages. Before we discuss its suggestive meaning, let’s talk about its intended use. Emoji developers dubbed the three water droplets as the water droplets or the sweat droplets emoji. Those who take their minds out of the gutter stay true to the emoji’s meaning. The icon can represent sweating under the sun or express thirst and desire… for water. Here are some emoji combinations you can use with different water emojis: 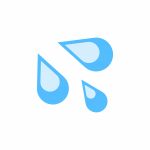 Because of water’s versatility, people use their creativity and often associate water emojis with other sensual animations. Most people use their creativity to combine the sweat emoji for suggestive messages. With the COVID-19 at large, people online tend to be less discreet in private chats. Because of this, the various emoji combinations that use the Water Droplets emoji to depict ejaculation or sexual satisfaction. We compiled a few examples displaying how people use it for naughty conversations. Just a word of caution, the examples below relay provocative intent. 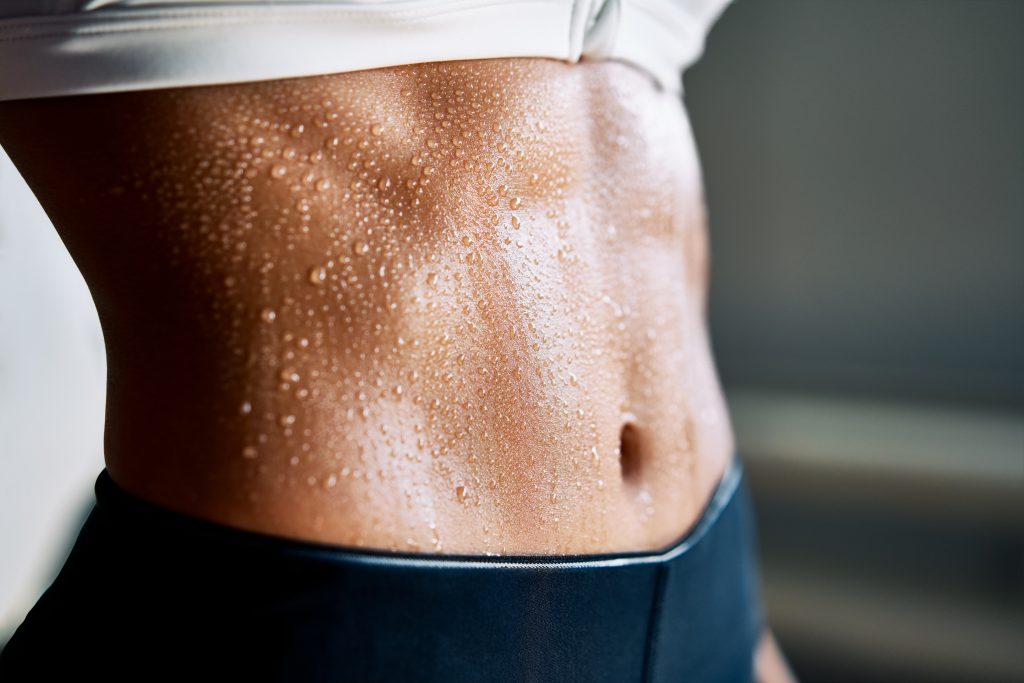 Based on the emoji combinations we found, it’s clear that the water emoji can be used in many ways. It can represent almost any liquid or wet thing. As seen in our examples, the icon can represent not just sweat or water but also liquid medicine. You can say that the water icons can symbolize almost any clear or blue-tinted liquid.

We sweat because our body needs to cool off. It’s usually caused by intense heat or strenuous activities. People usually associate sweating with the body’s need to consume water. When we sweat, we can’t help but feel thirsty for ice-cold water. In turn, suffering from freezing-cold temperatures makes our bodies desire instant warmth. However, unexplained perspiration calls for a visit to the doctor.

To avoid any confusion, we advise you to add additional emojis to the water emoji in chats. You may use some of the emoji combinations we came up with to clarify why you used the water emoji. This helps you veer away from any misunderstandings especially when it comes to chatting with strangers online. 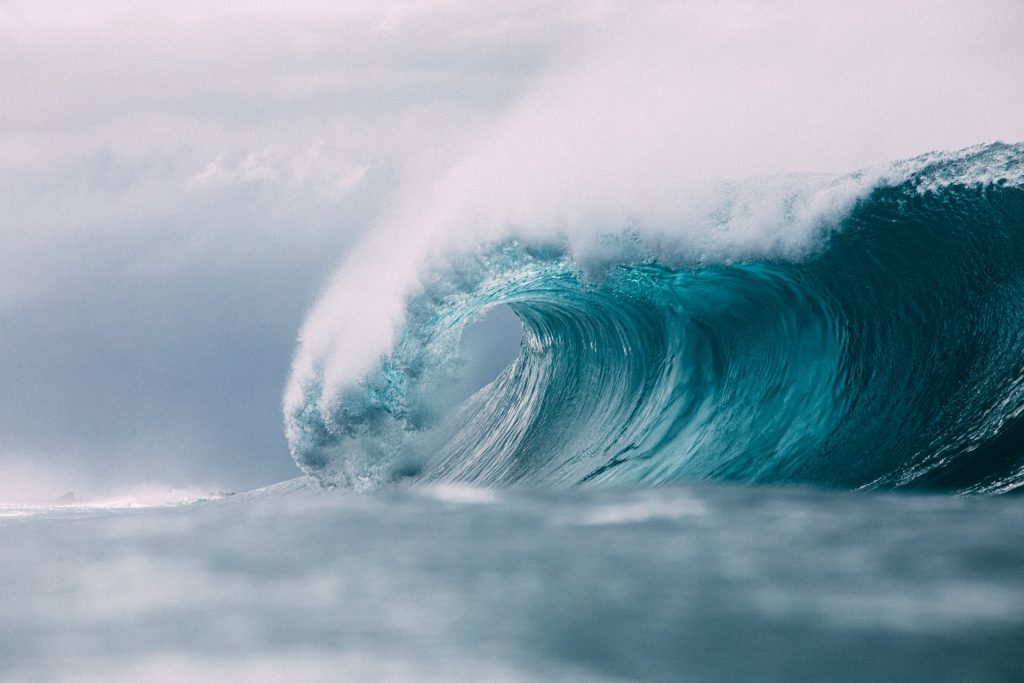 It’s amazing how such a small emoji can symbolize several terrifying disasters from different countries. Some try to make light of tragedies by using the Water Wave Emoji. However, tsunamis are anything but normal. Once triggered, the high waves can destroy buildings and cause mass extinction.

Some of the most spine-chilling tsunamis include the 10m-high waves that terrorized the North Pacific Coast of Japan back on Marck 11, 2011. The water reached depths of about 24.4km. It was triggered by an earthquake of 9.0 magnitude. The double disasters also caused the nearby Fukushima Daiichi nuclear power plant to leak radioactive material. Another historic catastrophe caused by a tsunami wiped out all living dinosaurs. You probably heard of this event in history class as the asteroid that killed dinosaurs. The said asteroid triggered a massive tsunami and created a crater. It’s still visible today in a place we now call the Gulf of Mexico.

The Connection Between the Water and Rain Emoji 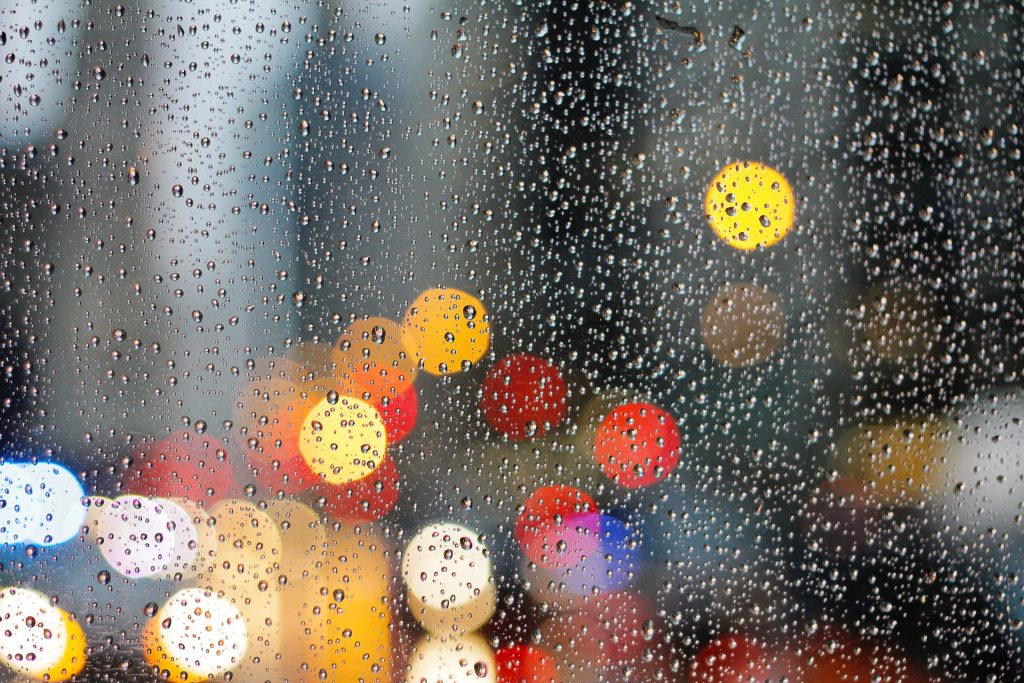 Before the rising fame of the water emoji, people used different rain emojis to talk about water. Besides, animated rain is the next best thing to describe wetness in messages back then. With this, most people link water and rain in between online conversations. One of the earliest icons included the ☔️ Umbrella with Rain Drops emoji. It belonged to the Unicode Version 4.0 in 2003. It officially debuted in Emoji Version 1.0 in 2015.

Before the official debut of the Umbrella With Raindrops Emoji, other rain emojis like the 🌧️ Cloud with Rain emoji appeared in 2014. Developers designed different icons to depict the several kinds of weather and climates. However, users became more creative through the years with emoji sets that included the rain icons. 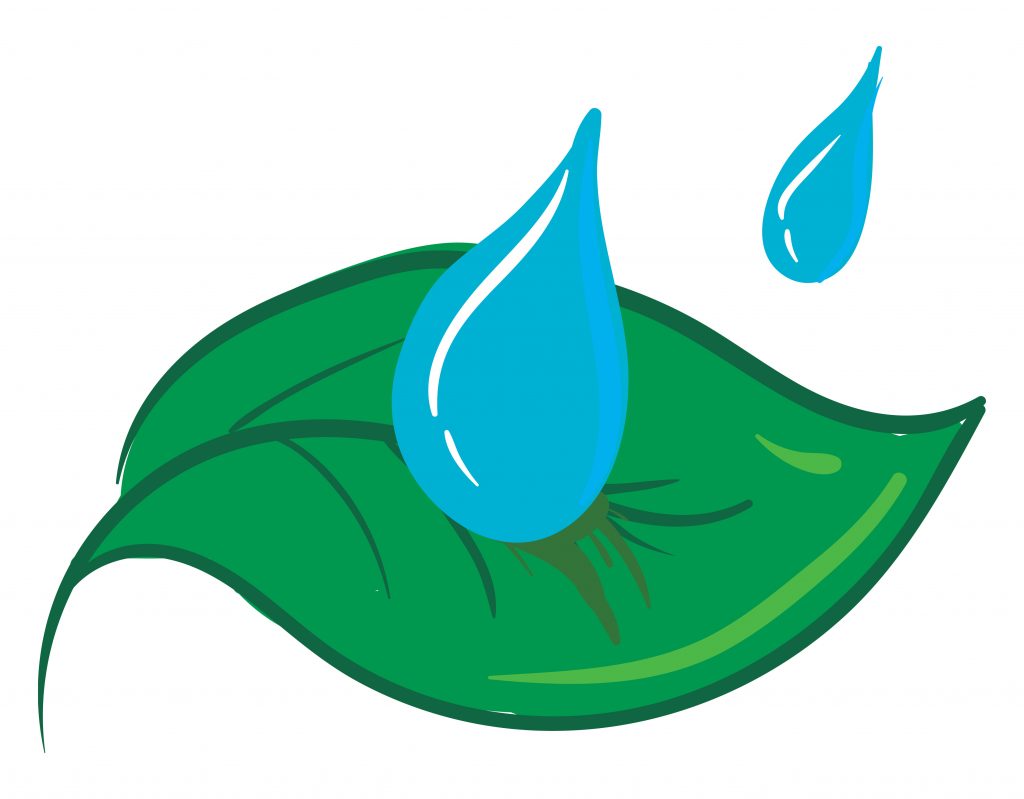 Searching for a water emoji on your phone usually leads you into using the Droplet or Sweat Droplets. The sweat droplets are obvious, but searching for water can’t help you find rain or waves. Feel free to use the different emoji combinations we found and came up with. With them, you can become more creative in starting online conversations using different water emojis.